DOD graphene research grant to the University of Nebraska – Lincoln was recently announced.

Graphene is a groundbreaking material in the nanotechnology field, but it has characteristics that limit its potential applications. A Nebraska-based research team is investigating ways to incorporate DNA nanotechnology as a construction tool to assemble graphene in new ways that could make the material more useful in electronic devices, among other applications.

A three-year, $4.5 million grant from the U.S. Department of Defense’s Office of Naval Research will fund the interdisciplinary, multi-institution research project led by the University of Nebraska–Lincoln. The team’s work lays the groundwork for a potential five-year project that could be eligible for additional funding. The work will “bring together two very exciting and different fields of nanotechnology,” said Alexander Sinitskii, associate professor of chemistry and leader of the research team.

Those fields are graphene nanoribbons and DNA nanotechnology.

The single-atomic-layer graphene is the thinnest and strongest form of carbon. Its two-dimensional structure is made of carbon atoms arranged in a honeycomb pattern. Graphene is an excellent conductor of electricity and heat, almost completely transparent but also so dense nothing can pass through it. Since its discovery earlier this century, graphene has been the subject of great interest from the physics, chemistry and materials-science fields.

About the National Graphene Association (NGA)

The National Graphene Association is the main organization and body in the U.S. advocating and promoting the commercialization of graphene. NGA is focused on addressing critical issues such as policy and standards development that will result in effective integration of graphene and graphene-based materials globally. NGA brings together current and future graphene stakeholders — entrepreneurs, companies, researchers, developers and suppliers, investors, venture capitalists, and government agencies — to drive innovation, and to promote and facilitate the commercialization of graphene products and technologies. 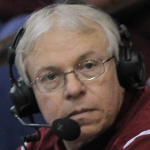 NGA convenes the current and future stakeholders of graphene to facilitate commercialization of graphene in the U.S.